Stay up to date with all of the latest news with SZapp!

On Friday, 10 June 2022, we had a Student Free Day. Staff participated in Professional Development in High Impact Teaching Strategies focusing on collaboration and consistency across all years of schooling to meet our Site Improvement Plan goals. The conversation and discussion was rich and productive.

Students have been enjoying Jump Rope for Heart and skipping at recess, lunch and during PE lessons. It has been great to watch the enthusiasm and skills increase. We are encouraging all students to ‘Be Active’ daily and record the activity they are completing as part of the Premier’s Be Active Challenge.

Students are also currently completing the Premier’s Reading Challenge. Students are required to read 12 books until the end of Term 3. This can include books that they have read at home, either from their own collections or from a local library. If your child has read a book at home please ask them to have a conversation with their class teacher and they can add the book to their list at school.

Reports will be sent home on Friday, 8 July, 2022. We will be conducting Three Way Interviews in the first few weeks of Term 3, which will provide an opportunity for you to discuss your child’s report with the teacher/s. Information on how to book an interview time will be sent home next week.

NAIDOC Week - How it came about

Before the 1920s, Aboriginal rights groups boycotted Australia Day (26 January) in protest against the status and treatment of Indigenous Australians. By the 1920s, they were increasingly aware that the broader Australian public were largely ignorant of the boycotts. If the movement were to make progress, it would need to be active.

In 1935, William Cooper, founder of the AAL, drafted a petition to send to King George V, asking for special Aboriginal electorates in Federal Parliament. The Australian Government believed that the petition fell outside its constitutional responsibilities.

On Australia Day, 1938, protestors marched through the streets of Sydney, followed by a congress attended by over a thousand people. One of the first major civil rights gatherings in the world, it was known as the Day of Mourning.

Following the congress, a deputation led by William Cooper presented Prime Minister Joseph Lyons with a proposed national policy for Aboriginal people. This was again rejected because the Government did not hold constitutional powers in relation to Aboriginal people.

After the Day of Mourning, there was a growing feeling that it should be a regular event. In 1939 William Cooper wrote to the National Missionary Council of Australia to seek their assistance in supporting and promoting an annual event.

More information about the Day of Mourning can be found at the AIATSIS website.

From 1940 until 1955, the Day of Mourning was held annually on the Sunday before Australia Day and was known as Aborigines Day. In 1955 Aborigines Day was shifted to the first Sunday in July after it was decided the day should become not simply a protest day but also a celebration of Aboriginal culture.

Major Aboriginal organisations, state and federal governments, and a number of church groups all supported the formation of, the National Aborigines Day Observance Committee (NADOC). At the same time, the second Sunday in July became a day of remembrance for Aboriginal people and their heritage.

In 1972, the Department of Aboriginal Affairs was formed, as a major outcome of the 1967 referendum.

In 1974, the NADOC committee was composed entirely of Aboriginal members for the first time. The following year, it was decided that the event should cover a week, from the first to second Sunday in July.

In 1984, NADOC asked that National Aborigines Day be made a national public holiday, to help celebrate and recognise the rich cultural history that makes Australia unique. While this has not happened, other groups have echoed the call.

With a growing awareness of the distinct cultural histories of Aboriginal and Torres Strait Islander peoples, NADOC was expanded to recognise Torres Strait Islander people and culture. The committee then became known as the National Aborigines and Islanders Day Observance Committee (NAIDOC). This new name has become the title for the whole week, not just the day. Each year, a theme is chosen to reflect the important issues and events for NAIDOC Week.

During the mid-1990s, the Aboriginal and Torres Strait Islander Commission (ATSIC) took over the management of NAIDOC until ATSIC was disbanded on 15 April 2004.

Over the period from 2004 to 2005 there were interim arrangements, with former Senator Aden Ridgeway chairing the Committee until 2008.

Anne Martin and Ben Mitchell served as co-chairs of the National NAIDOC Committee from 2008 to 2018, when Patricia Thompson and John Paul Janke were elected the Co-Chairs.

The National NAIDOC Committee has made key decisions on national celebrations each year and has representatives from most Australian states and territories. 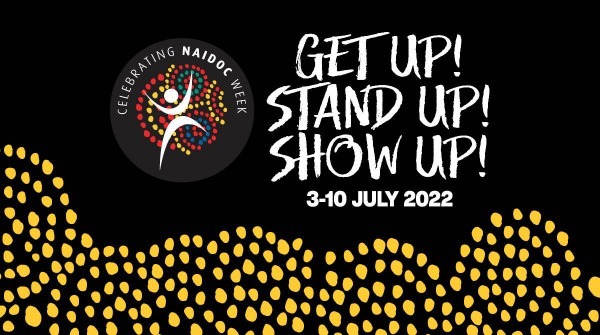 This NAIDOC Week students will learn about topics around the 2022 theme of ‘Get Up! Stand Up! Show Up!’.  Classes will explore key Aboriginal & Torres Strait Islander perspectives, peoples, histories and stories.
Twenty eight of our students will attend the NAIDOC March on 6 July to commemorate this significant week.

During NAIDOC Week Vili's Family Bakery will be producing Aboriginal Flag donuts for $2 with 50c of each sale going directly to the Tjindu Foundations.

Donuts will be delivered on Thursday 7 July.   Please place your order by Friday, 1 July.

Tjindu Foundation creates positive, long-term change for Aboriginal children in communities across South Australia through cultural education and success in schooling that enables them to become future leaders.

For many Aboriginal language groups across South Australia, Tjindu (pronounced Jin-Doo) is the word for the sun, or sunshine.

Tjindu encapsulates the intent of the foundation to help Aboriginal children and young people grow, develop and shine brightly as future leaders.

As a not-for-profit, modern, Aboriginal child and young-person centred organisation, their mission is to cultivate cultural and community wellbeing in South Australia through:

Please support this worthy cause.

On Wednesday, 6 July, twenty eight students will attend a NAIDOC March and Family Fun Day which will focus on marching from Market Square to Rotary Park, Christies Beach.

The activities include Welcome to Country, free entertainment, BBQ and Activity Stalls.

Parents are invited to our NAIDOC Week Assembly which will be held on Friday, 8 July, 2022 at 10:00am.  The assembly will be used to celebrate the history, culture and achievements of Aboriginal and Torres Strait Islander peoples. NAIDOC Week is celebrated by all Australians and is a great opportunity to learn more about Aboriginal and Torres Strait Islander communities. 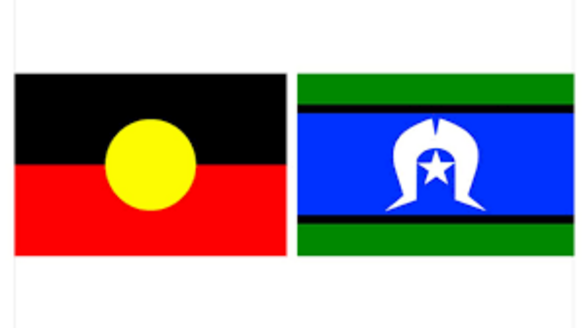 On Friday, 8 July, 2022 we will have a Dress-up Day where students are encouraged to dress up in the colours of the Aboriginal and/or Torres Strait Islander flags for a gold coin donation.

The Governing Council Meeting that was scheduled for Wednesday, 22 June has been rescheduled to Wednesday, 29 June at 6:30 pm in the STEM Room.

All Parents and Caregivers are invited to attend.

On Friday 17 June, 2022 our boys did a fantastic job and only just lost in 2 close matches; in one match by only one goal and in the other in a sudden death penalty shoot out.  Both matches were very close and could easily have gone our way.  Well played to everyone who participated in the team.   Special thanks to Graham Miles, Mr Janud and Faye for their coaching and support with the team.

Congratulations to our school soccer teams on the weekend who all came away with good wins. U7  12-2 win, U9 13-1 win, U11 2-1 win, U12 4-1 win. In their league championships, our U11s are currently 4th (but only goal difference separates 1st to 4th right now), and our U12s are 2nd, and both teams are playing their next cup round this weekend. Good luck teams!

We were privileged to have the Australian Ballet's visit our school, run a series of dance workshops and present a small ballet to the whole school in the hall on Thursday 16 June.

What a sensational experience for all of the students and staff who participated in the workshops and then attended a spectacular performance of Romeo and Juliet in the hall in the afternoon. We are one of the very few schools to be selected in South Australia to have the Australian Ballet come to  visit and it was a very special event for all the students to experience.

Students from Reception to Year 4 attended the workshops while those in Years 4-6 could choose if they wished to attend.  The workshops proved to be full of fun commencing with warm ups, an then included different poses, movements and fluency.  Many of the students who attended asked if they could attend another session.

The Australian Ballet troupe wowed our students with their amazing dancing of Romeo and Juliet.  Students were completely enthralled with only the occasional gasp and "wow" heard from the audience and the applause at the end went for at least a minute for the four dancers.  It was an absolutely wonderful experience.  Thank you to Ms Scott who organised this great day.

Here are some shots of the workshops and performance. 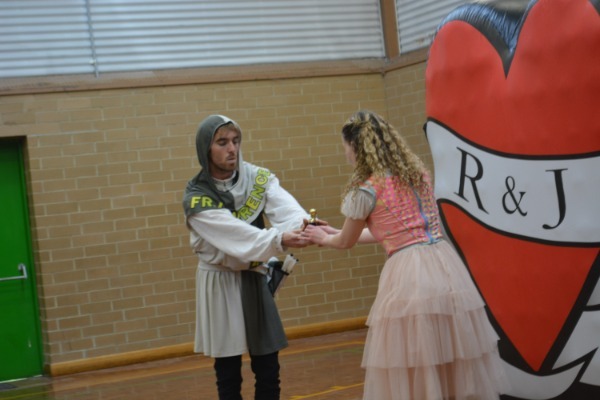 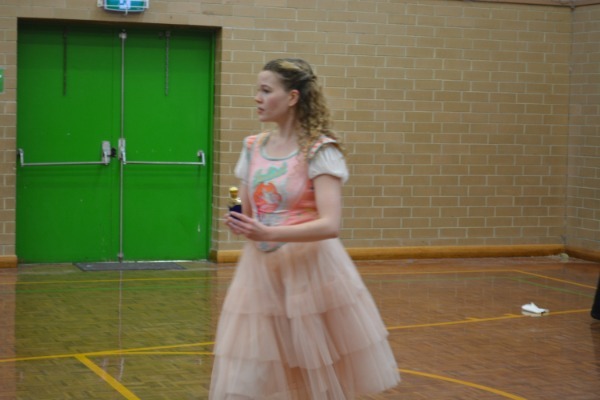 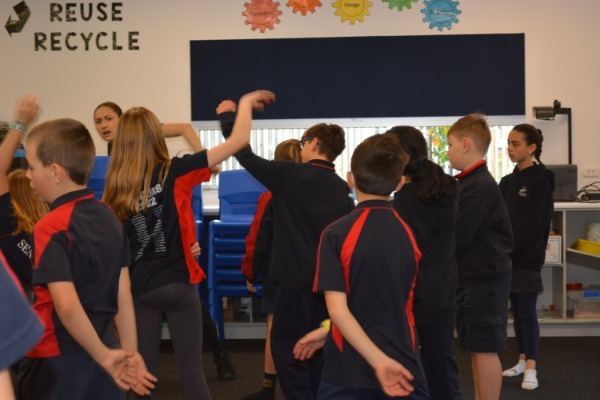 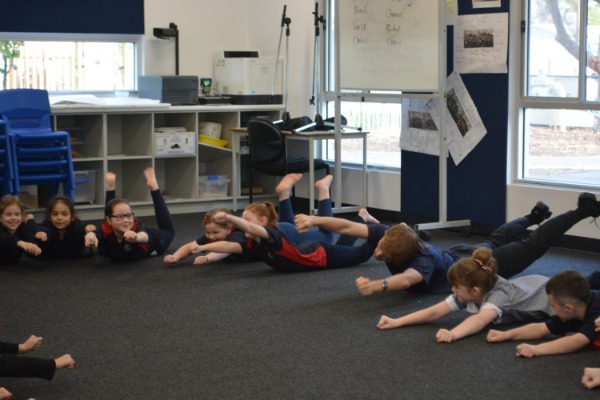 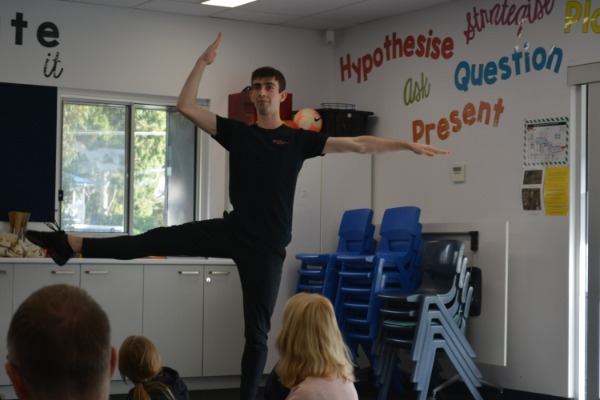 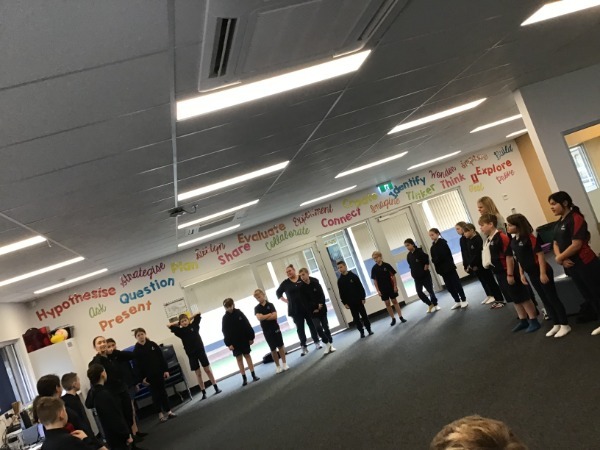 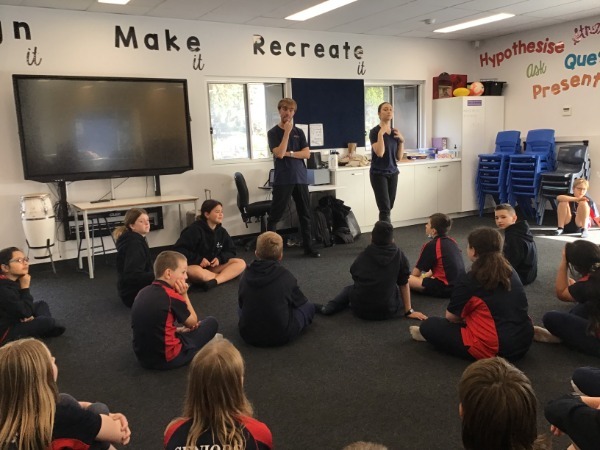 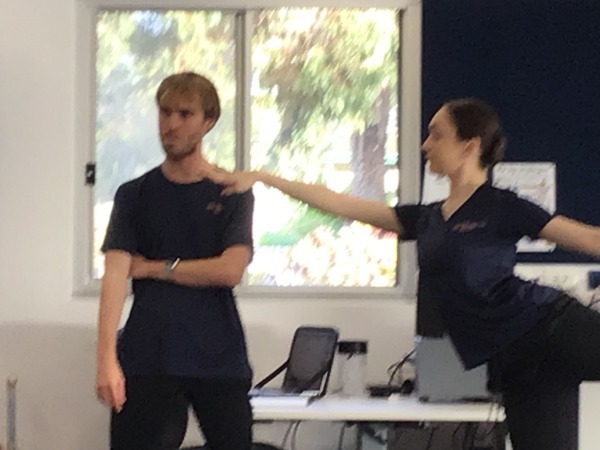 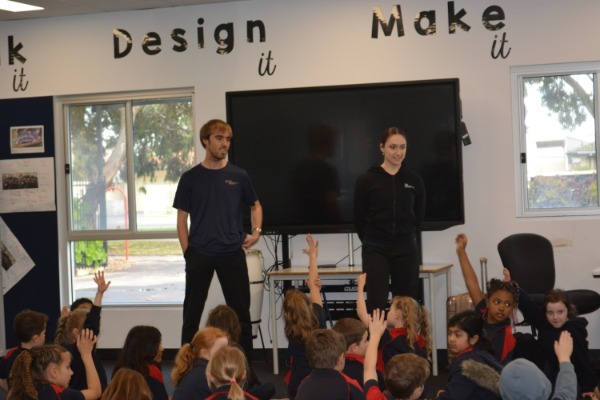 We are planning to run programs at lunchtimes to either allow CU students access to computers so they can undertake CU activities and/or run actual activities at school.  While we have been keen to get this up and running by now, unfortunately due to staff illness this has not been possible.

We will attempt to start something soon, hopefully this term.  Thank you for your patience.

If you have any questions, please contact Ms MacLean or Barb in the first instance.

PLEASE NOTE:  Enrolments with payment for the program close on Friday, 1 July, 2022.

Good luck and great learning with your activities!

The Smith Family is currently offering Learning for Life Scholarships.  If you meet the criteria, your child will be entitled to a scholarship which follows the child while they are at primary and secondary school.   Please see below for more information. 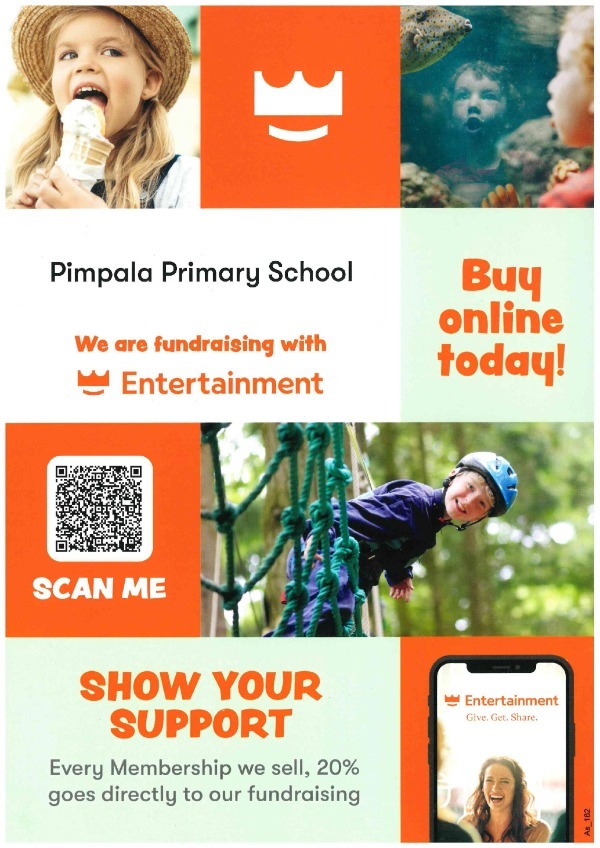