Stay up to date with all of the latest news with SZapp!

It was National Reconciliation Week last week and our student Pod groups had some conversations to brainstorm what an Acknowledgment of Country is and what it means and is a starting step in creating our own school’s Acknowledgement of Country. Although this is a work in progress, it is important for the final document to be an accurate reflection of our thoughts, ideas and wishes.  Some of the thoughts the students have contributed so far include:

In a great phone conversation with my dad over the weekend I found out he went to school with Neal Winmar the father of Nicky Winmar, the footy legend.  Nicky Winmar famously stood up during an AFL game, lifted his guernsey and pointed to his skin to proudly acknowledge his colour in response to an audience who was racially abusing him.  This action became a strong statement, a symbol for anti-racismand one of the most powerful images in Australian sport. Nicky Winmar is credited as a catalyst for the movement against racism in Australian football.  The conversation with my dad gave me more insight into his childhood and made me think about what else I would like to know about him as a younger man.

If you could have a conversation with anyone, alive or dead, who would it be and what would you want to talk about?

We have a Wish Gift Card to the value of $20 for the best original response.

Entries must be submitted by 9.30am this Friday May 5, 2020 for consideration by our judging panel.  You can email them to dl.1059.info@schools.sa.edu.au or drop them into the Administration Office.

All schools are required to collect information about the numbers of students that they provide adjustments to under the Disability Discrimination Act (1992) and Disability Standards of Education (2005). Since 2018, this data is used as the basis for national funding.

The NCCD involves the collection of;

Under the model the definition of disability is broad and includes learning difficulties, health and mental health conditions.

If your child is identified for inclusion in the Collection, the required information will be included in this year’s data collection.

If you have any questions about the data collection, please contact the Administration Office staff on 8326 0900.  Further information can be found at: http://www.education.gov.au/nationally-consistent-collection-data-school-students-disability.

The Education Department has advised of the following arrangements about student attendance given the current COVID-19 situation.

"While we have been supporting parent choice during this pandemic, we now expect all public school students who are well and not considered vulnerable to COVID-19 to attend school or preschool.

Students are required to attend school unless they are:

Please ring the school to book into the next Principal Tour.  These will be programmed as required in the short term.  A regular program will be reinstated once COVID-19 restrictions are lifted.  Only after hours tours can be conducted until further notice.

The Scholastic Book catalogues are back and were sent home last week.  You can now choose between ordering online through LOOP or to pay at the Finance Window.  Payment is due by Friday, 19th June, 2020. 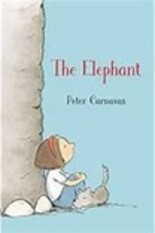 The Elephant, by Peter Carnavas, is a great book for young readers that have just begun to read chapter books. The magnificent plot of this story is about a young, sweet-hearted girl who imagines grief as big, grey animals. She imagines her father has a big, grey elephant next to him at all times, because of his depression. Olive is an only child who lives with her grandpa, who brings colour to her world, and her father, with an elephant always beside him. It is a narrative book about a little girl who is worried about her Dad, and has a big elephant following her around.

Ms MacLean likes the book because she loves the character and the story has a big twist. She recommends it for students from Year 4 and up. It is a Premier's Reading Challenge Book.

Other books Ms MacLean recommends are 'The Shop at Hoopers Bend' and 'Arthur'.

Pimpala students are welcome to come  for brekky at Breakfast Club!

Come along and join Brendan and Larry, our Social Work students, in the kitchen for breakfast. The kitchens will be open from 8:30am to 8:45am, Monday to Friday on regular school days.

There will be a number of food options including Weetbix, canned fruit, fresh fruit, toast and yoghurt.

Feel free to come and have breakfast and bring your friends too!  What a great way to start the day.

From the Governing Council Chair

I would like to take this opportunity to tell you about my role as Chairperson:

School governance is the partnership between a school’s local community as
represented on its governing council and the principal working together to develop the future directions for the preschool or school. Jointly they monitor and report progress to continually enhance the performance of the school and the achievement of its students.

The governing council is accountable to the  school community and the Minister for representing the views of the community regarding the priorities and educational needs of its students and children, and for supporting the principal  in their role.

The governing council meets regularly (at least twice a term),
to represent the whole school community in:

Now that COVID-19 restrictions are slowly being lifted we are trying to ascertain if there is enough interest in trying to run a Term 3 soccer competition.  If your child/ren are still interested in playing, or if you are interested in coaching and/or team managing can you please let the Administration Office know by Friday, 12th June.